Theory: Xbox 360 is the worst game console on the market.

An Xbox 360 is like a pet parakeet; expensive, noisy, fragile and less clever than you’d hoped for. In the tradition of its predecessor, the Xbox 360 is yet another example of Microsoft’s lack of attention to detail, shameful quality control and ignorance in the craft of industrial design. The user interface is clumsy and obnoxious; a literal patchwork of advertisements and poorly conceived menus that warp you to arbitrary locations in a maze-like environment. I reluctantly bought an Xbox 360, despite previous bad experiences with Microsoft hardware and software, because I wanted to play some specific first-person shooter games with my friends online. However, my distrust in Microsoft has only been emboldened by this experience and I’d like to tell you why. 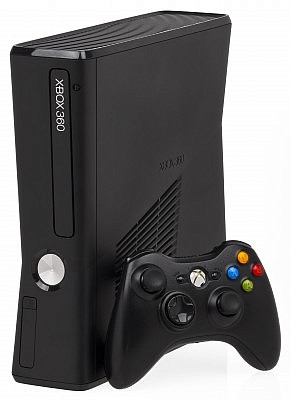 Day 1: My new Xbox 360 Slim arrives at my doorstep. I hook it up to my TV quickly and prepare to be impressed. I touch the power button and am greeted with an abrasive and dissonant chime that makes my ears recoil in defense. The fan spins up and the entire machine begins vibrating such that the table it’s sitting on becomes an amplifier for a low frequency rumble that can be heard in the other room. I grab some foam pieces from the box it came in and construct a platform for it to sit atop hoping to reduce the noise and vibration coming from within the black plastic case that creaks as I pick it up. It seems to help, but I’m starting to feel like I’ve made a bad financial decision. Video appears on the screen, then a complex setup process. After a few hours of slow updates and network problems, it turns out that the built-in WiFi adapter is not compatible with my Airport Extreme. I order a $60 WiFi adapter on Amazon and call it a day.

Day 3: I plug in the WiFi adapter and add some complex configurations to my Apple AirPort Extreme and suddenly Xbox Live begins to function properly. I insert a used copy of Call of Duty: Modern Warfare 3, which I purchased at a local game store earlier that day. The user interface claims it is “Reading” the disc, accompanied by a cacophony of robotic noises. “Disc Read Error”. After an hour of trying, I call it a night.

Day 4: I return to the game store, return the supposedly damaged used game and purchase a brand new one. Once home, I insert my brand new copy of Call of Duty: Modern Warfare 3. “Disc Read Error”. I eject the disc, and blow into the disc reader with my mouth as if it were an NES cartage gone bad. Finally, it works, but it’s not clear why. Every game I have still gets these errors every few times I play them.

Complaints about Windows 8’s user interface apply equally, if not more so, to the Xbox. The design dispenses with any logical organization or prioritization of controls in favor of making everything a square tile. Some tiles are larger, but it’s not clear why. Some tiles are advertisements, and assault your ears with unwanted noise when you select them. You can not control the arrangement of the tiles. The tiles are everywhere. The only other user interface layout is the dashboard, which is essentially just a bunch of vertically stacked lists, sometimes with an information panel to the right. This layout is vastly overused, to the point where all the screens look nearly identical. Tasks that should be simple and direct are instead complex and exhausting having been crammed into a series of list screens that inexplicably take a few seconds for each to load. It would appear that a combination of laziness and ignorance in user interface design is the culprit. Why I expected anything else out of Microsoft escapes me.

Did I mention the hardware sucks?

The Xbox 360 Slim is far from slim. While it is smaller than the original Xbox 360, that’s really not saying much. For such a large case you might expect it to contain an integrated power supply. Instead there is an enormous power brick with an inconveniently short cable connecting it to the Xbox using a proprietary connector. While the eject button on the original Xbox 360 was a common point of failure, breaking easily and making it impossible to press, the pendulum has clearly swung too far in the other direction. The new eject button is so sensitive that it’s easy to trip on accident. The front facing USB ports are cleverly hidden behind a spring-loaded door, but the width of the door dictates that they be so far inset that getting a USB plug into one of them correctly involves two hands, a head-mounted flashlight and needle-nose pliers. I of course have to use these ports often because the Microsoft brand rechargeable batteries only last a few hours between charges before the controller begins randomly flashing at me and eventually disconnecting despite the battery gauge in the dashboard claiming it’s 50% full. Using a play-and-charge cable resolves the issue, but then I’m back to a wired controller.

It’s almost worth it

Games like Call of Duty: Modern Warfare 3 are amazing, which takes some of the sting out of the miserable experience of owning an Xbox 360. I’m pretty disappointed with Halo 4 so far, but that’s probably a topic that deserves its own post. The bottom line is that Xbox Live is the redeeming value of the Xbox. It’s the one thing they’ve done mostly right, and I give them respect for that. It’s easy to gripe that it’s too expensive, but its success would suggest that it’s priced appropriately for the market.

If you are considering buying an Xbox 360, I strongly suggest you accept that it will be more expensive and less impressive than you would expect. You should prepare yourself to be disappointed, frustrated and even angry. The lower you set your expectations the happier you will be. Microsoft has failed me, once again, and they will fail you too if you give them the chance. Should you dare to venture down this treacherous path, good luck to you. You will need it.